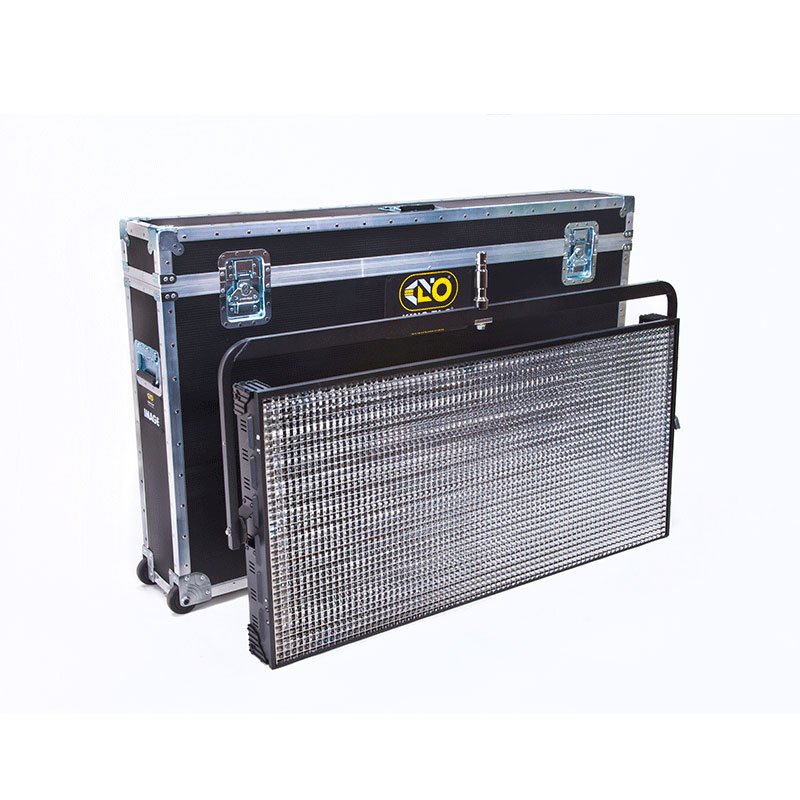 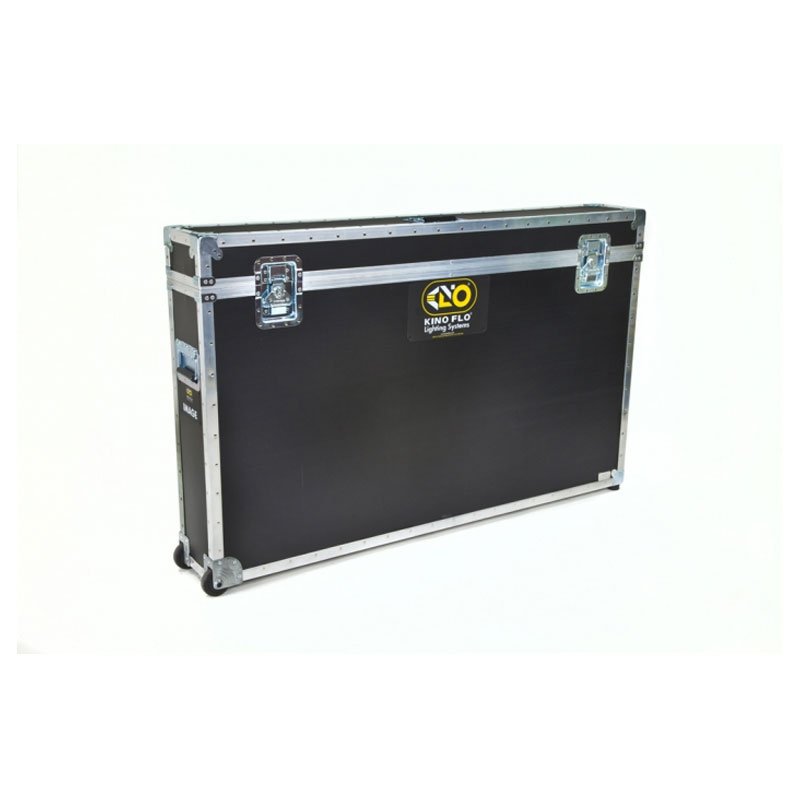 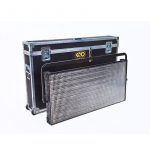 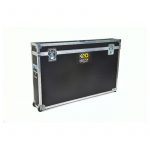 The versatile Image L80’s come with yoke mount options for studio grid installations and variable beam pitch control to
ensure an even flow of illumination from the top of a cyc wall (as high as 60 feet/20 meters) all the way out to stage forward.
The down facing panels are as bright as tungsten space lights, and the True Match® firmware ensures more dynamic light control than other LED spacelights. Kino Flo Lighting’s Image L80 photometric and control specifications are available online for download into pre-visual studio design programs and professional lighting console profiles.

Kino Flo’s Image L80 LED’s include 4 menu options, one white, two colours and FX menu. The White menu features include Dimming, Kelvin and Green/Magenta control channels. Dimming range is from .02 to 100 percent without introducing
any flicker and can be adjusted in coarse or fine mode by pressing the control knob in/out. The Kelvin range is tunable from 2700K tungsten to 6500K daylight. The Green/Magenta control can be scaled from 0 to 100, where 25 = ¼ correction, 50 = ½ correction and 100 = full correction.

The FX (Effects) menu introduced on June 1, 2018 provides access to popular effects such as Candle, Fire, TV, Police, Lightning, Paparazzi, Pulse and Scroll. When on the desired effect, there are several pre-sets as well as control parameters that can be altered. For example, in the Lightning effect there is a “Storm” and “Frankenstein” preset, but it is possible to change
Rate to provide additional variation.